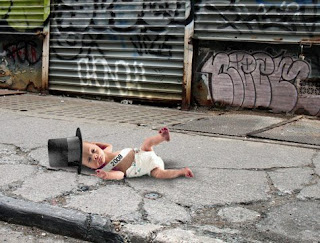 Face it, for most of us 2008 started out with a BANG and ended the year with a Duh? Meaning what in the world is going on. All of our hard worked plans for business success that we put together at the end of 2007 going into 2008 fell apart, imploded, exploded or simply failed to materialize. Companies such as Microsoft, IBM, HP, Oracle, SAP, DELL and anyone else you can think of - found that their marketing plans, business plans and day-to-day plans often had to be scrapped and readjusted as the year went by.

For the smaller retailer, restaurant, salon or service owner/operator each day that went by only brought worst news of impending collapse on some new front. Credit dried up, customers stayed home, holiday sales were down (unless you were Walmart) and nothing looked very rosy.

But hey, this is now 2009 and things can't get any worse, can they? The answer to that is up to you and me. Small business is business. This country needs the survival of small business to pull itself back up and move forward. So this morning when I get to work I will be looking at ways to succeed this year. What can we do differently, how can we adjust to current conditions and where is the silver lining that always comes after the storm?

The government is bailing out big business, wallstreet, banks and pouring good money after bad. But what are they doing for Small Business? Did you receive your Bailout check yet? Maybe the address they have on file is wrong. Let us know when you recive yours so we can look for ours. In the meantime, we want to know how you plan to throw away 2008 and start fresh in 2009.

We have created this Blog to give our friends, customers and business associates a way of staying current with many of the topics in POS or Point of Sale for short. Please subscribe and leave your comments for others to share.

ACT-POS
A full service technology company for Point of Sale professionals in the retail and hospitality industries.